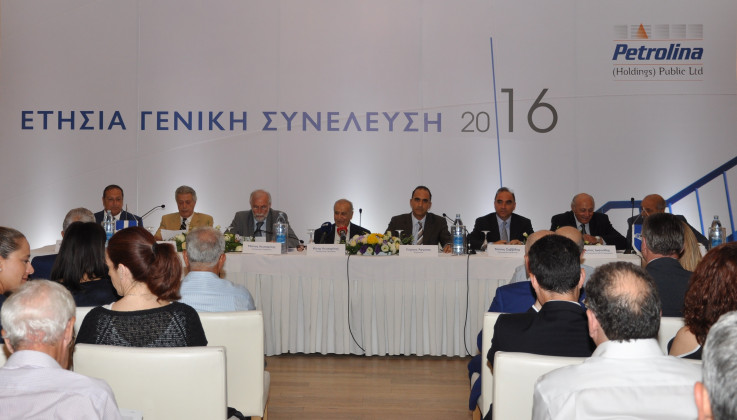 Important references to the new infrastructure projects and to the continuous improvements to its petrol stations’ network, as well as to the renewal of its international co-operations were made at the 17th Annual General Meeting of the Shareholders of Petrolina (Holdings) Public Ltd, held in the 28th of June 2017.

The address of the Executive Chairman of the Company Mr. Kikis Lefkaritis highlighted the actions the company is taking to safeguard its superior infrastructure, the protection of its financial resources, the conservation of its competitiveness and the reinforcement of its growth prospects.  It also emphasised the continuous improvements to the Company’s petrol stations network, based on EU standards of safety, productivity and appearance, for the benefit of the consumer.

An update to the Vassilkos storage facilities was made, confirming that with the completion of the second phase of the project, which mainly consists of the construction of the tanker truck filling station, will be fully operational within 2018, provided that the permits the Company has already applied for are given timely.

Mr Lefkaritis spoke of the importance of the renewal of the Company’s agreements with Eni Italy for a further period of 10 years.  These cover both the rights to use the Eni brand at the Company's petrol stations and the exclusive import and distribution of the high quality Eni lubricants in Cyprus.  He underlined that “all the Company’s petrol stations currently carrying the Agip brand will soon be upgraded to the new standards of the Italian conglomerate and carry the Eni brand”. 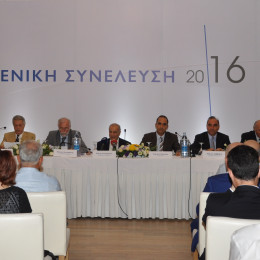